The 4th largest river in Africa, the Zambezi River is a wonder to behold. With a catchment basin covering 1 390 000km², it flows through a total of five countries en route to the Indian Ocean. Paying homage to this incredible river, we’ve put together a brief overview of its course: from Source to Mouth. 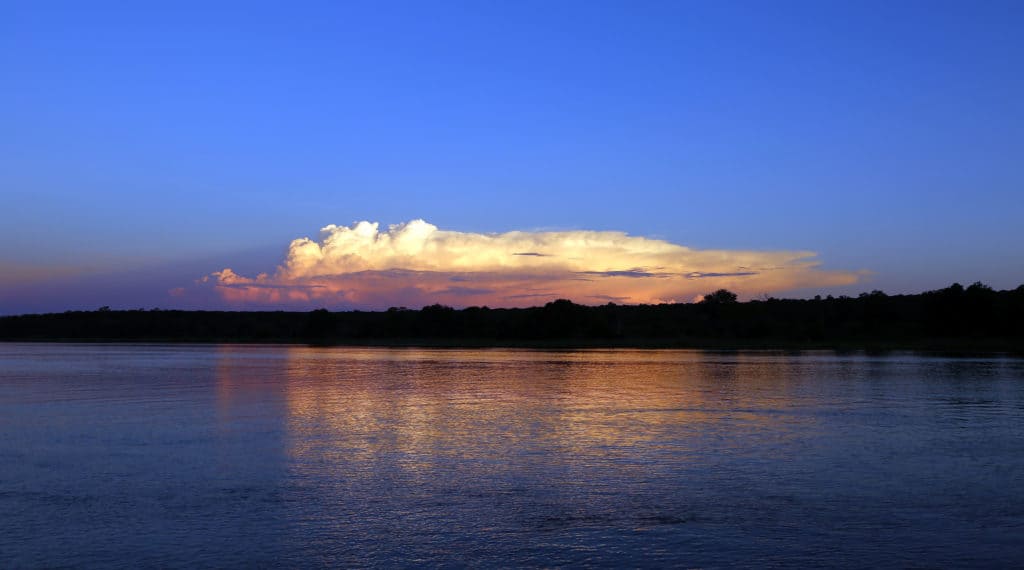 The source of the incredible Zambezi River is located in the Mwinilunga District in north-west Zambia, 1500m above sea level. Situated very near the spot where Zambia, Angola, and the Congo meet, the source is a black, marshy shallow wetland known as a dambo, which has been since declared a national monument and forest reserve. From here, the river flows through Zambia, Angola, Namibia and Botswana, along the border of Zambia and Zimbabwe, before reaching the Indian Ocean at its delta in Mozambique.

For simplicities sake, the river has fortunately been divided up into three neat sections: the Upper, Middle, and Lower Zambezi. 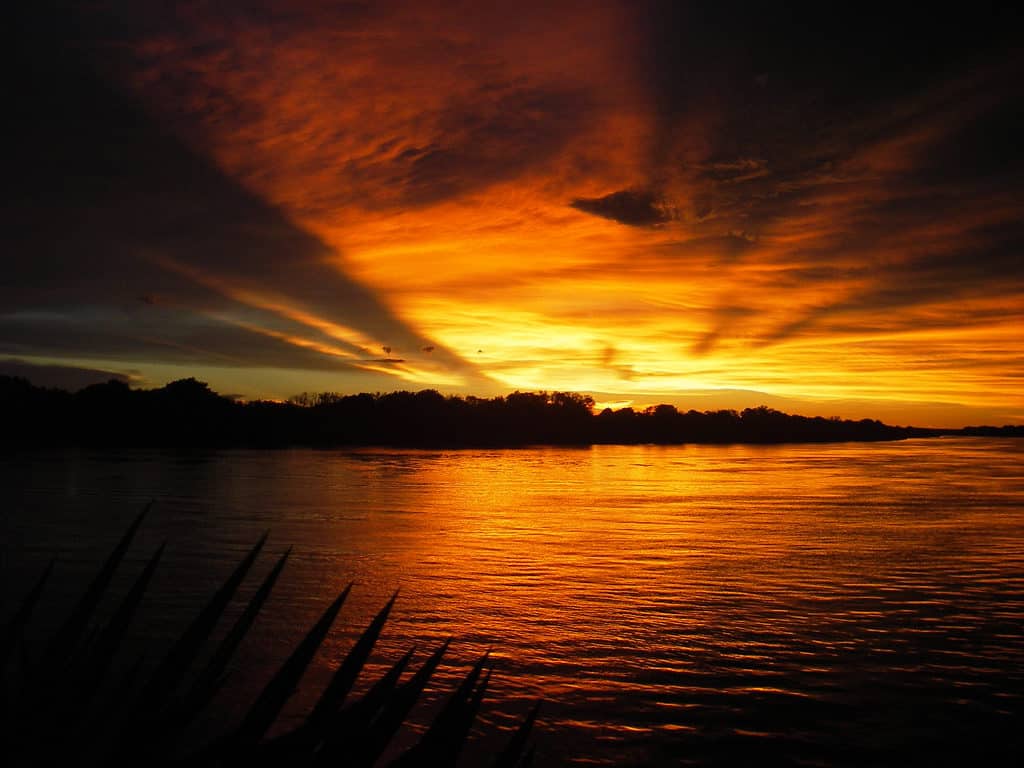 The upper section of the Zambezi River stretches from the source in Zambia to eventually cascade over the mighty Victoria Falls.

Leaving the source in north-west Zambia, the Zambezi River flows to the south-west and into Angola, re-entering Zambia 240km further south, to glide over the little-known Chavuma Falls. Upon re-entering the country, the river encounters its first large tributary – the Kabompo River – which is soon-after followed by the confluence with the Lungwebungu River. 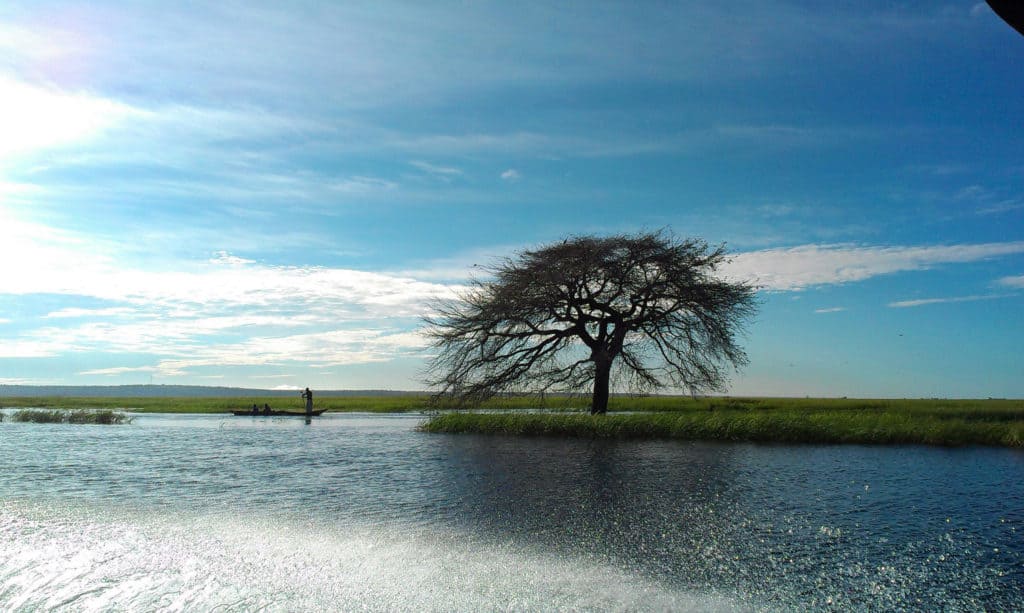 Here, by far the most notable feature of the Upper Zambezi begins – the Barotse Floodplain. One of Africa’s great wetlands, it covers an area of over 5500 km². As the river slowly flows through this fascinating floodplain, it reaches as far as 25km in width, during the rainy season.

As the river finally reaches Zimbabwe, lies the place where Botswana, Namibia, Zambia, and Zimbabwe meet. 80km to go, and the Zambezi approaches the chasm into which the Victoria Falls – the river’s most notable feature – plunge. 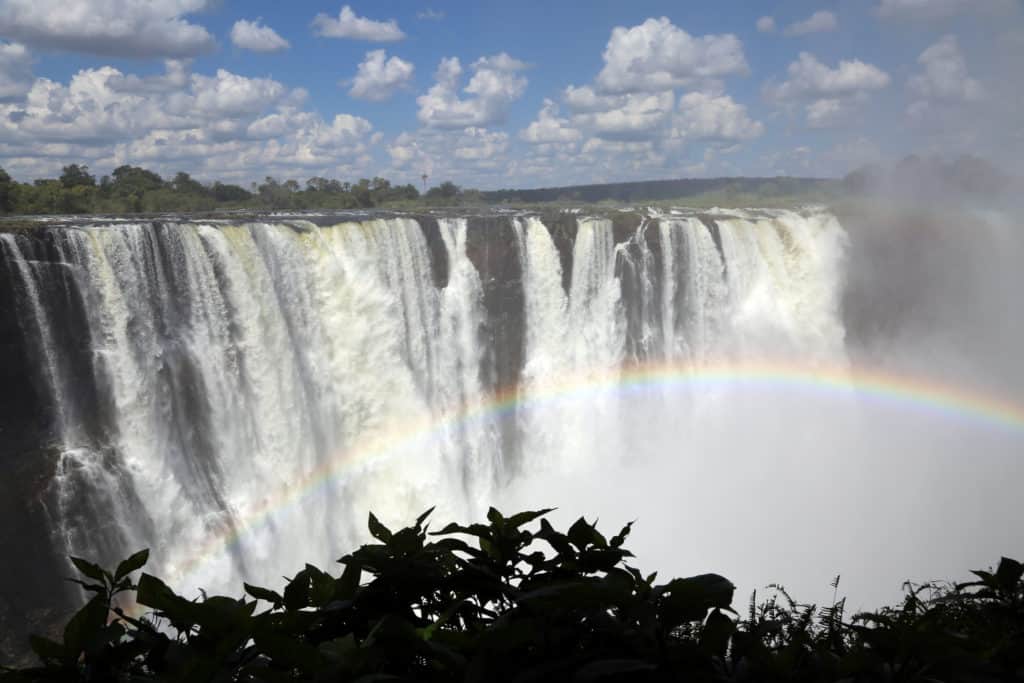 The middle section of the Zambezi River ranges from the mighty Victoria Falls, 950km to Cahora Bassa in Mozambique.

Departing Victoria Falls, the Zambezi River serves as the border between Zambia and Zimbabwe for the next 500km. The gorges below the Falls are the destination for a white water rafting experience like no other. The river itself is given a grade of 5 – the highest, wildest rating in terms of white water rafting. 200km from the Falls, the river enters Lake Kariba – the world’s largest man-made lake in the world. 226km long and up to 40km wide in places, the dam supports a hydroelectric power station, which provides electricity for Zimbabwe and Zambia, boasts a rich commercial fishing industry, and is a stunning water attraction for locals and tourists alike. 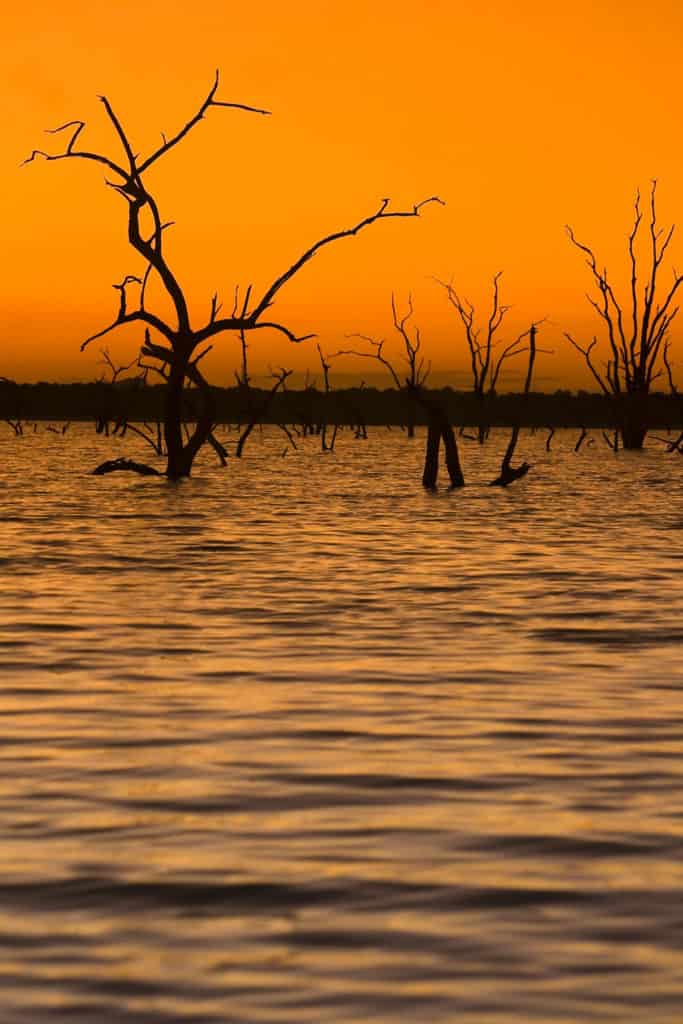 From the Lake Kariba dam wall, the river travels east again towards Chirundu, shortly after being joined by the Luangwa and Kafue – the two largest tributaries of the Zambezi. Before passing through both the Lower Zambezi National Park and the Mana Pools National Park, the river flows swiftly into Lake Cahora Bassa.  An arch dam and hydroelectric facility with a length of 171m, and a width of up to 303m, Cahora Bassa forms the border between the Middle and Lower Zambezi. 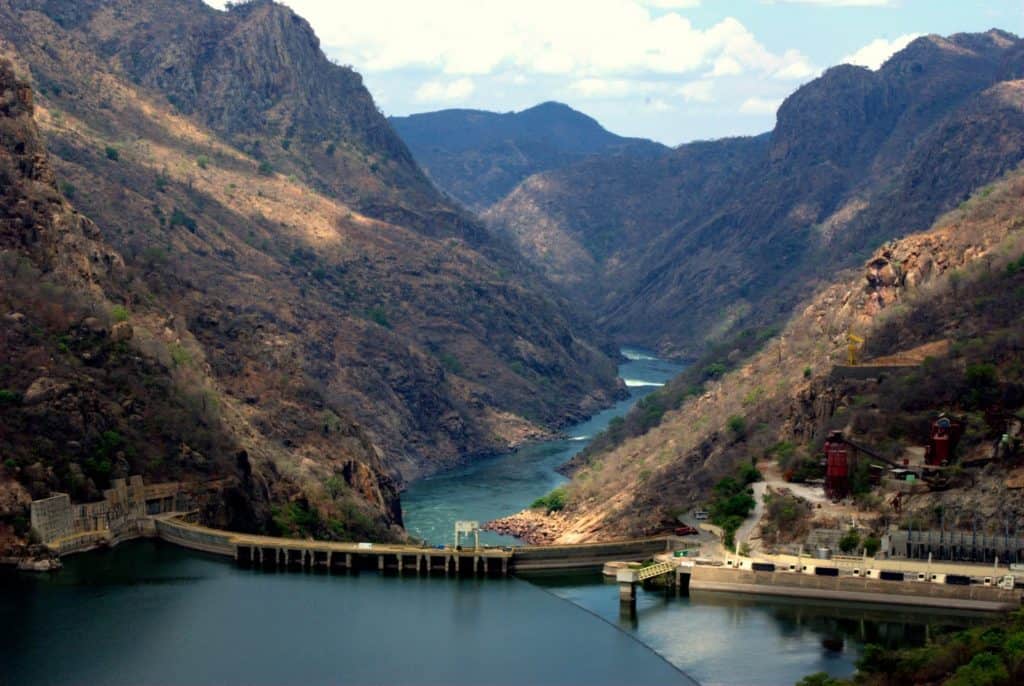 The final section of the river, the Lower Zambezi extends 650km from Cahora Bassa to the vast Indian Ocean. A significantly more gentle passage, while shallow is several places, it is mostly navigable by large vessels.

The Lower Zambezi features the Lupaga Gorge, 320km from the river mouth, and 160km before the start of the mighty Zambezi River Delta. Receiving water from Lake Malawi through the Shire River, the Zambezi splits into numerous branches to form the Delta, a landform which has been majorly affected by the construction of both Kariba and Cahora Bassa. 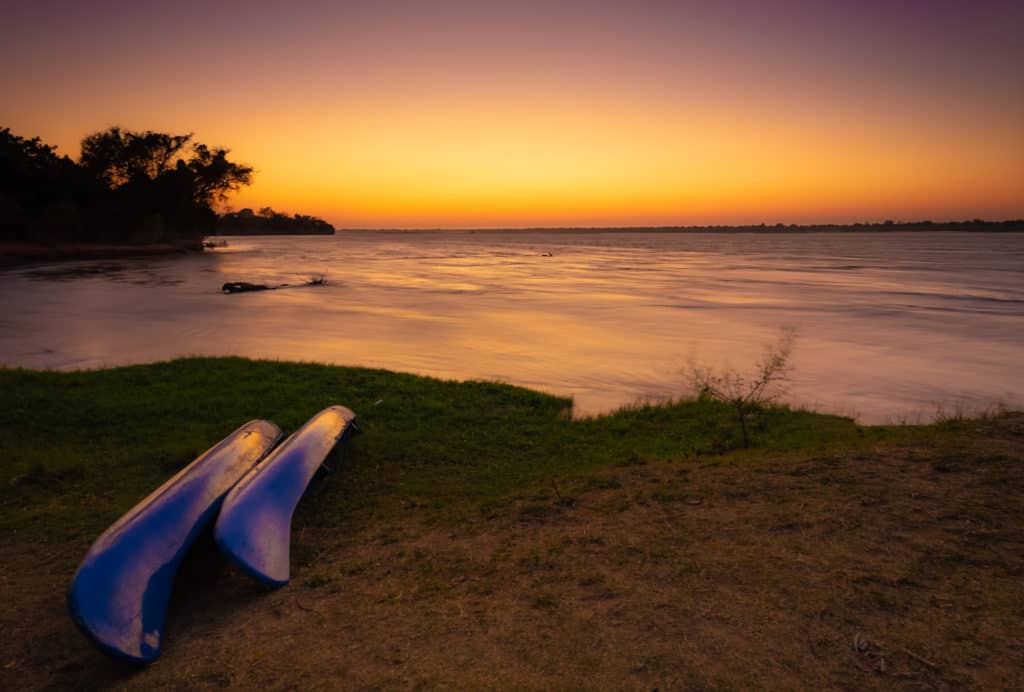 Here, the spectacular Zambezi River reaches its final destination, concluding a journey of over 2500km through a total of six countries. Passing through a vast array of landscapes, over and around various obstacles, this incredible river, most importantly, is a lifeline for so many, supporting millions of people near and far.

To find out more about the Zambezi River, or to book accommodation along it in Victoria Falls, get in touch with us at Vic Falls Accommodation today via our enquiry form.